The density of matter is defined as the amount of mass per unit volume. This is expressed as m/V. This gives us an idea of how heavy a certain volume of a material may be.

In the same way, there's a density of fun. Here, we can define it as the amount of satisfaction per unit time. This is expressed as s/t. This theoretically gives us an idea of how fun a certain activity will be.

The problem is that, while physical density remains relatively constant under similar conditions, fun density can vary a lot. Maybe you're craving a rock today, so its satisfaction level increases by a thousand.

Depending on how many bites it takes you to get through that rock (and how many teeth you have left at the end), you could have hundreds of different satisfaction levels associated with the same activity. That's hard for your brain to keep track of, so it can be hard to actually figure out how many satisfactions an activity will give you until you do it.

Also, your satisfaction-ometer is broken – thanks evolution. Flashing lights max out the needle because paying attention to rapidly changing signals, like a landslide or a bear running at them, helped your ancient ancestors to survive. Now, the computer in your pocket can put those rapidly changing signals on overload. Before you know it, you're looking at pictures and videos of people and animals doing crazy things. For an hour. Oops, two hours.

Contrast that with going for a walk or a run. For me, walking has a pretty linear fun function. Let's put it at 600 satisfactions per minute. In 15 seconds, you'll only get 150 satisfactions. The video clearly wins. But if you go for a 15 minute walk, your net fun density hits 10 SPS. Upon further analysis, walking is way better than getting sucked in by The Almighty Algorithm.

In addition to the high variability in satisfactions and your broken satisfactionometer, there's the problem of quantization of fun time. Rather than being continuous, time exists as packets. It probably doesn't make sense to go for a 5-second walk. There's also some prep time involved. As a result, fun density has to be considered with the packets of time required to achieve that fun. For a walk, 10-15 minutes is probably a good block. Other things may take more time. This acts as another barrier when analyzing an activity's SPS. Rather than fully analyzing free time, we often only analyze what's in front of us.

15 seconds fits way more easily than 15 minutes into anyone's day. But then that 15 seconds becomes 5 minutes in the same time block and can extend to 30 minutes or more over the course of a day. Reorganizing the day to create a continuous 30 minute block would enable you to sieze so many more satisfactions!

In summary, diminishing marginal returns, big flashing lights (really little flashing lights flashing synchronously), and short-sighted time packet analysis make it very difficult for our brains to determine what is high-density fun and what is low-density fun in the moment. It requires much more deliberation and conscious thought than I thought.

Overall, I expect that taking some time to analyze the satisfactions per second distribution function (SPSDF) will actually serve to increase your daily intake of satisfactions and lead to a much more enjoyable life, where you can actually learn to cook, to ballroom dance, or to yoyo.

If you're interested in funding or conducting research into the quantisation of time, the satisfactionometer, or rock-eating, let me know.

This post is part of the Daily Blogging Challenge – this week is a warmup and the full challenge will kick off in March. The theme for this article was "Play." Thanks to Chris Hannah for sharing the challenge and Jeff Perry for organizing it!

Photo by Artem Kniaz on Unsplash 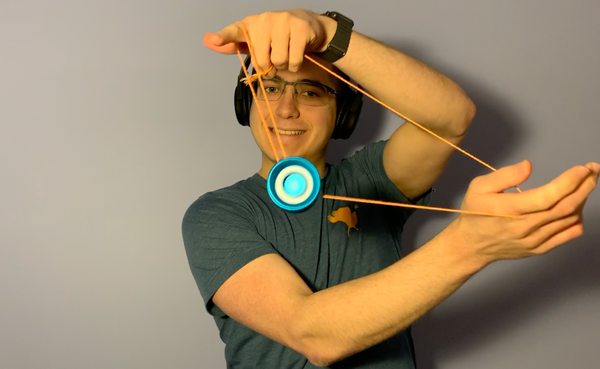